Remember in the 90s when coconut oil was viewed as the villain of heart disease and obesity? When we first discovered the high saturated fat present was the main ingredient clogging our arteries? (“Two Thumbs Down for Movie Theater Popcorn”, 2017) So, how exactly did the bad guy suddenly become the superhero of the 2010?

Let’s talk science:
Saturated fat has been known to raise blood cholesterol, and when coconut oil was blacklisted in the 90s, it was almost exclusively because of its extremely high saturated-fat content. However, it turns out that there are different types of saturated fat, and they can have very different effects on blood cholesterol level. (Nahikian-Nelms, 2016) These saturated fats differ in lengths, ranging from lauric acid, myristic acid, palmitic acid, and stearic acid. (Nahikian-Nelms, 2016)

As it turns out, coconut oil is discovered to have 50% lauric acid, 8% myristic acid, and 8% palmitic acid – this adds up to 66% of the fat in coconut oil being the kind that raises cholesterol. (Boateng, Ansong, Owusu, & Steiner-Asiedu, 2016) So, it’s bad for you then? Right? Well, not quite, stay with us.

Research has found that the predominant fat, lauric acid, does raise cholesterol, but the good kind of (HDL) cholesterol to a greater extent than the bad (LDL) cholesterol. However, the myristic acid and the palmitic acid don’t have this effect. (de Roos, Schouten, & Katan, 2001) And unfortunately, we don’t know yet whether the 50% of lauric acid in coconut oil cancels out the 16% of myristic and palmitic acid…

So, what do we know?

So, what do we NOT know?

Then, how did coconut oil manage to get a career revival in the 2010s?
We have shifted the way we see fat after modern researches have discovered that not all fats are bad. Some fats are good, some fats are bad, and some fats are essential to a healthy diet, including lauric acid which is found in virgin coconut oil.  (Nahikian-Nelms, 2016)

Since the news was released, coconut oil manufacturers and internet bloggers have run with the news. And…suddenly, coconut oil is our superstar of the 21st century.

The verdict
We don’t know enough or truly understand the effect it has on heart health. Coconut should be treated in much the same way as other high fat plant foods. While it is loaded with nutrients when enjoyed as a whole food, it also provides a lot of calories. When your diet is high in concentrated fats, it can be difficult to meet your other nutrient needs.

Rather than buying the hype and plopping a spoonful of coconut oil into everything, hold up! Until we know more, moderation is always best. Even though it may or may not be the hero to save us all, it’s still okay to use some coconut oil when preparing special-occasion treats, just don’t rely on it as part of your everyday meal. 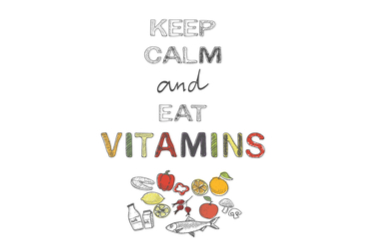