In the Paleo Diet, you should not eat the food that caveman did not eat. In other words, food after agricultural revolution including farming, agriculture and processed foods should be forbidden. You can lean a healthier life by adopting the Paleo Diet as it is believed that common diseases like obesity and heart diseases are caused by eating excess modern foods (Wolf, 2017).

What do you eat on the Paleo diet?

In general, in the Paleo Diet, farmed, cultivated and processed food are prohibited, instead, whole, unprocessed food are included. Foods including grass-fed meats, fishes, fruits, vegetables and eggs, nuts, seeds and healthy oils are allowed to eat. In contrast, what you cannot eat are grains, dairy products and especially processed foods composing of trans fat. In paleo diet, 55% of daily calories come from lean meat and seafood while 15% come from fruits and vegetables (Wolf, 2017).

Why should i do the Paleo diet?

Paleo diet encourages us to eat like our ancient ancestor, and to eat simple! As people back then did not suffer the same disease as now. The incidence of obesity, diabetes and cardiovascular disease have been escalating over the past 50 years (Klonoff, 2009). The modern diet contains more packaged, processed food, for example, artificial sweeteners, alcoholic drinks, barbecued and fried foods. It is the modern diet that contributes to the increase in disease incidence. By adopting the Paleo diet, you will eat like your hunter ancestor, and minimizing the chance of developing modern diseases.

What are the benefits of the Paleo diet?

There are various benefits in adopting the Paleo Diet. First, as grain is excluded in the Paleo Diet, the carbohydrate intake is mainly from fruits and vegetables, which are high in dietary fibres. High level of dietary fibre, especially soluble fibre can help maintain blood glucose level as fibre is capable of binding to sugar and slowing down its absorption. Thus, lowering the chance of developing type 2 diabetes. Meanwhile, high fibre diet also aid in lowering blood cholesterol, particularly the bad type LDL-cholesterol, thus reducing risk of heart disease (Klonoff, 2009). What’s more, high fibre diet also help maintain weight or promote weight loss as high-fibre food is more filling and your stomach is easier to be filled, in turn eating less food.

In adopting the Paleo Diet, the primary type of fat intake is polyunsaturated fat omega-3 fats such as EPA and DHA, rather than saturated fat. Lean meat, healthy oil are preferred over vegetable oil and fatty meat. “You are what you eat”, the type of fat you consume is represented highly in your body, specifically in your cell membrane. The ratio of omega-3 fat to omega-6 fat is vital and too much omega-6 can be worse for your health (Klonoff, 2009). Modern diet usually contains higher level of omega-6 fat than omega-3 fat, altering the ratio. In contrast, the Paleo diet encourages eating high quality seafood which is rich in omega-3 fat. Omega-3 fat is among the best type of fat, as it helps lower the risk of heart disease by lowering blood pressure and improving cholesterol profile. While saturated fat raise bad cholesterol level in blood.

The Paleo diet also reduce processed food intake, which is good for one health. As many by-products formed during processing are either toxic or carcinogenic, for example, the high level of nitrosamine in processed meat is carcinogen. Meanwhile, the salt intake in the Paleo diet is much lower than modern diet, lowering the chance of high blood pressure. By adopting Paleo diet can we reduce exposure to these bad compounds (Klonoff, 2009).

What foods are good for the Paleo Diet?

Indeed all meats are allowed in the Paleo Diet, what matters is whether it is lean or not, and its processing method. It would be ideal if the meat you choose is lean meat.

Fish, especially wild-caught fish and fish high in omega-3 fat are preferred in Paleo diet, oily fish like salmon is even better as it contains higher level of omega-3 fat.

Apart from fish, seafood is also allowed in the Paleo Diet, not only seafood is a rich source of omega-3 fat, it also provides various micronutrients, including vitamins and minerals, which are the vital nutrient to one’s health as well.

Fruits and vegetables contribute to around 15% of the daily calorie in the Paleo diet, they are good source of antioxidant, phytonutrient and vitamin, which helps in reducing the chance of degenerative disease.

When it comes to vegetable, starchy vegetables like potatoes should not be prioritized as they tend to have high amount of carbohydrate and sugar. If you wish to avoid weight gain, try to consume more vegetables and less fruits as fruit itself contain fructose, which is calorie-dense and will contribute to weight gain.

The choice of cooking oil is important as the fat component is highly varied between different cooking oil. These oils are the healthy option in the Paleo diet when it comes to their fat composition.

These nuts are Paleo diet-friendly as well, and nuts contains numerous nutrients, including the mineral Selenium, it would be a great snack addition to the Paleo Diet. But be aware that the fat content of nuts and do not consume it excessively if you are trying to lose weight.

Klonoff, D. (2009). The Beneficial Effects of a Paleolithic Diet on Type 2 Diabetes and other Risk Factors for Cardiovascular Disease. Journal Of Diabetes Science And Technology, 3(6), 1229-1232. 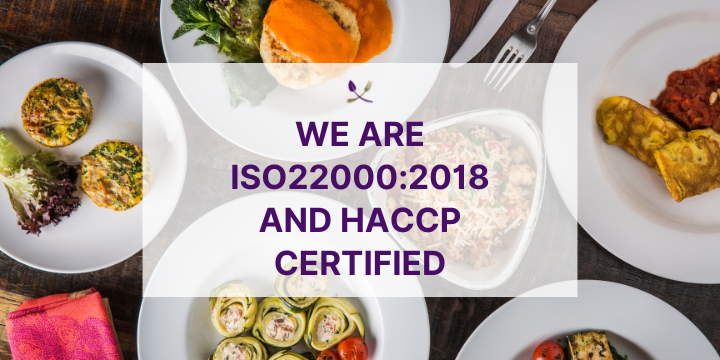